If you have always thought about becoming a sports announcer, it is never too late to take that first step. I know first-hand. Before I became a sports announcer, I spent 26 years working in media gaining news experience as a reporter, bureau chief, weekend anchor and executive sports director. I worked for CNN, ABC, WFAA-TV Dallas-Ft. Worth, KPRC-TV Houston and KSD Radio St. Louis covering major stories including the original Gulf War, the bloody overthrow of the Haitian President and the Branch Davidian Siege at Waco, Texas. My coverage was recognized with a Cable Ace Award, National Emmy nomination and prestigious national awards: George Foster Peabody, Alfred I. DuPont-Columbia.

And yet, baseball was always in the back of my mind.

In 2000, I decided it was time to follow my passion for baseball and signed on as the Director of Broadcasting and play-by-play announcer for the Round Rock Express, the Triple-A affiliate of the Texas Rangers in Round Rock Texas. Since then, I have been living my second career, knowing the WORST that will happen on a particular day is...I will be broadcasting a baseball game! I have won two, Minor League Baseball Broadcaster of the Year awards.

Here’s a bit of what we can cover in our PivotPlanet session(s):
• How to determine if sports casting is a line of work that would make you want to race out of bed each morning to take on the day.
• How to find and connect with the top names in your chosen field and begin networking.
• The art of being persistent.
• How to ask detailed questions. There are no stupid questions, just voids in your mind when you do not ask.
• The importance of believing in yourself and following your dreams.

In my job, I am responsible for everything on the airwaves for more than three hours a game is being broadcast. The success of my broadcast depends on the depth of my preparation and the excitement I transmit. It's all up to me. One of my best feel good moments will always be an elderly lady's comments concerning my ability to paint word pictures on radio.

In 2009 when I was recognized by Ballpark Digest as their Broadcaster of the Year, Kevin Reichard, publisher of ballparkdigest.com, said, “Mike Capps is truly an institution behind the mike. His gravelly voice makes an instant connection with listeners, and his descriptions of what happens at the ballpark – both inside and outside the lines – resonate with fans and help make the Express one of the most popular minor-league franchises in the country.” 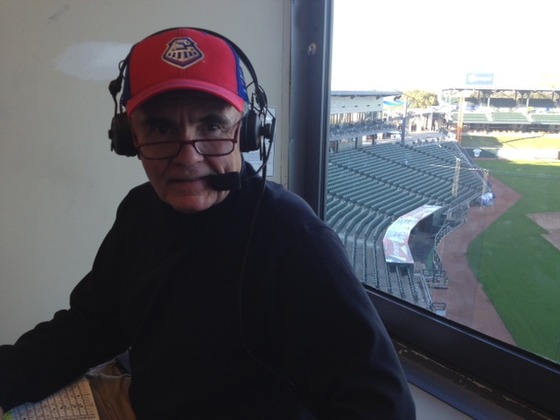 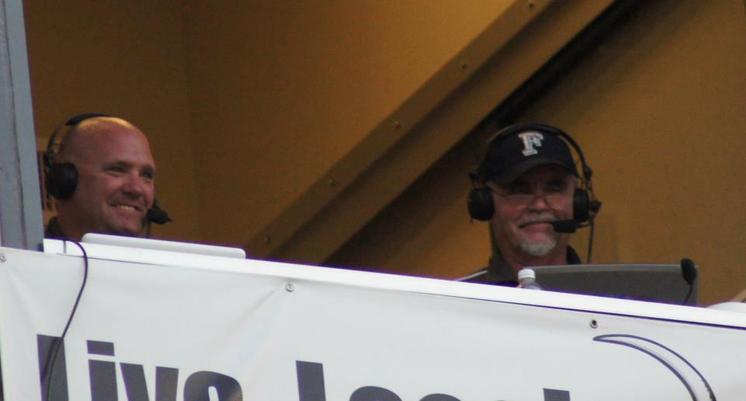