Lisa is available for:

Various studios for TV and Film 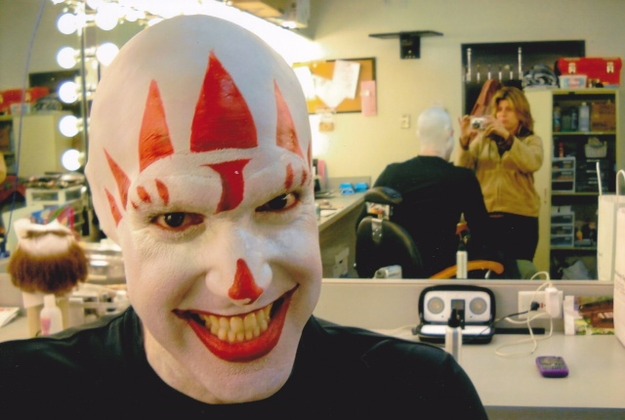 From monsters to high fashion to simply beautiful faces! Every day I am creating. Every day is different. My job is definitely not the usual 9-5 career and absolutely not ordinary.

I have been a makeup artist since 1989 and have worked for all the major studios in both television and film. It is a life of freelance, which means when you work it's usually long hours, but when the production is over, there is time to rest! Usually a good balance…plus I love what I do.

Here’s just a bit of what you can gain from our PivotPlanet sessions:
• Attain full grasp of how to run a business as a free-lance make-up artist including working with the union, non-union work, contracts, agencies, etc.
• Get keen sense of product knowledge and kit purchasing and preparation
• Exposure to set protocol – what is expected on a set
• Attain a full grasp of varying make-up job descriptions within the entertainment business including film (HD 35mm), TV (HD tape), print (color and black and white), stage, etc.
• And anything else you want to ask!

My career as a Hollywood make-up artist had a “scary” start. I began doing makeup for low-budget horror movies. I was all about blood, guts, and gore. I realized to further my career I needed to join the union and became a member of the International Alliance of Theatrical Stage Employees Union (I.A.T.S.E.). I soon landed a job doing the makeup for the soap opera, “The Bold and the Beautiful.”

From those early days of horror movies and soap operas, I have garnered an impressive list of credits. My work in television has included a wide-range of shows from “The Practice,” to “60 Minutes,” to “The Academy Awards.” I have worked on feature films including “Mr. & Mrs. Smith,” “Polar Express,” and “Gone in 60 Seconds.” Since 1994, I have also worked with Junket Productions as their head of makeup. My cast of Hollywood clients includes Jennifer Aniston, Michael Douglas, Kevin Costner, Drew Barrymore and Tommy Lee Jones.

Makeup artists are hired by production staff or by the request of an actor. Pay varies by type of show and how many seasons it has aired and by the type of feature film. If a project is non- union (i.e., print, commercials, publicity, etc), then usually an agent negotiates the rate. Either way makeup artists are usually paid fairly well.

I do a wide variety of work, but one thing is true with every client: it is critical to make them comfortable with you and with what you are doing.

I share with my PivotPlanet clients both the artistic and business side of my work - what kind of training is needed, how to run a department, how to break down a script and how to work with the union - all aspects that contribute to being a successful makeup artist.