As a restaurateur, I get to create a new experience every day. If it is a good day or bad day, it all ends at closing, and I get to start all over tomorrow. The restaurant business is unique in that it encompasses so many skills. One has to be a teacher, a designer, a host, a repairman, a craftsman, an accountant and a “rock”. You may not use every skill every day, but the over-used term “multi-tasking” must have been coined about a restaurateur.

I own Le Central, a French bistro in the midst of an Italian-centric neighborhood. We have 15 employees, 100 seats and annual sales in the high six figures. The restaurant is open six days a week, 52 weeks a year. We have a small (30 seats) private dining room for events, as well as off-site catering capabilities. My first restaurant, Aperto, is still in operation in San Francisco after my former chef took it over in 2002.

Here’s just a bit of what we can cover in our PivotPlanet session(s):
• How to love and embrace the chaos of this business.
• How to get started if you've never done this but think you would like to.
• How to look at the small picture and not get overwhelmed by the myriad of aspects of the business.
• Where the money is made and lost.
• The importance of being focused and unique.

Over the course of 38 years, the most important skill I've mastered is how to maintain the profitability of a restaurant. I understand what goes into the creation of a restaurant from the construction, to the day the doors open. My expertise is a clear understanding of how to get from concept to opening within budget; operate as tightly as possible; and weather the highs and lows of a fickle customer base and economy. I have weathered major economic downturns as well as boom periods.

I started washing dishes in a restaurant when I was 13. Other than a brief period in construction, I've always been in the restaurant business. I loved cooking from a very young age and that first job washing dishes was the clincher.

The chaos of the kitchen had a calming effect on me. Then, there was the creativity, the pace and the camaraderie. The timing couldn't have been better. I got into the profession just when chefs were becoming super stars. I had dinner at Julia Childs’ and met Alice Waters, Paul Bocuse, and Joel Robuchon. It was a thrilling time to be in the business. I worked my way up to Chef de Cuisine at a three star French restaurant by the age of 23. I traveled extensively and trained in France. 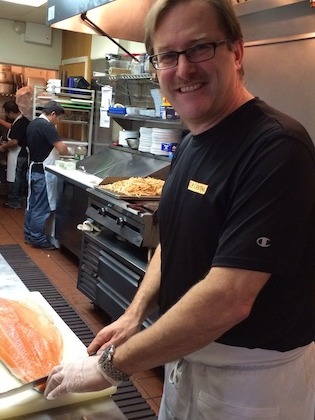 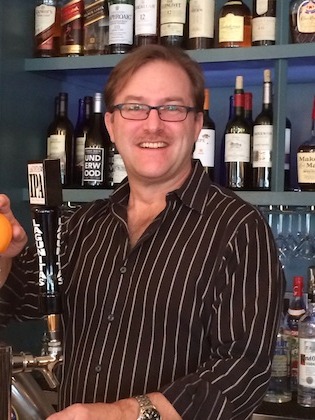