I’m an animated filmmaker and director. My work includes 'Devils, Angels & Dating' an award-winning short film. I’ve worked in animation since 1998, working in film, games and commercials. My clients and employers have included Disney, Warner Brothers, Microsoft, Nintendo, Coca Cola, Toyota and many more. I have worked in London, New York, Sydney, Los Angeles and Austin. For someone who is interested in travelling, animation can be a fantastic career.

I love the creative variety of filmmaking; everything from drawing to editing, communicating with talented people, working with sound and music, color, composition, camera movement, bringing characters to life, creating stories and building a mood to evoke an emotion in your audience. There’s so much to love!

Here’s just a bit of what we can cover in our PivotPlanet sessions:
• How to get started in the animation industry
• Choosing your specialism
• What to have as a secondary skill
• How to build your portfolio to get the position you want in the long run
• How to maximize your choices for long term goals and avoid wasting time
• And anything else you want to ask about the profession I love!

I’ve worked in the field of animation since 1998. My first job was making games for Nintendo. I started with a game called Starfox Adventures, which sold two million copies. Later on I was fortunate to land a job on the film Happy Feet, which was the start of a long list of credits including Planet of the Apes, Fast and Furious, Night at the Museum, Divergent, Narnia and Skylanders.

I’ve performed many roles in the industry from storyboarding to animation director. From 1996, while I was working on other projects, I had my own short film that I was developing on the side. I finally took a big risk and took a year off work to dedicate full-time to my short film. In 2012, I released 'Devils, Angels & Dating'. The film has more than a million views on YouTube and won numerous awards including Best Animated Short Film at the Burbank Film Festival and the Orson Welles Award. Working on an unpaid short film full-time was a huge sacrifice and not something that can be sustained for long, but it was a big risk that rewarded me artistically and has already lead to some other interesting opportunities.

Things have really changed in the animation industry since I started in 1998. Artists used to be in high demand, and had access to stable jobs with big salaries. These days it’s a very competitive field with many artists working on short-term projects all over the world. To have a successful career, you’ll most likely have to get used to moving a lot or living out of a suitcase. You’ll have to be responsible for planning your own future because the “dream job” that used to provide that kind of stability is harder and harder to come by. But is it worth it? I think so and I’d love to help you take the first steps to break into the field of animation. 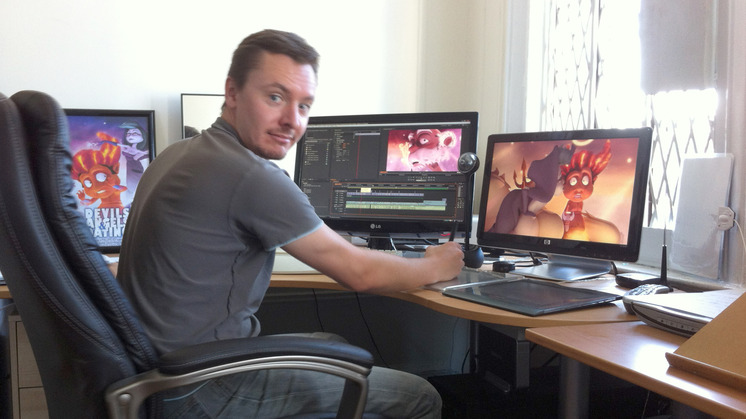 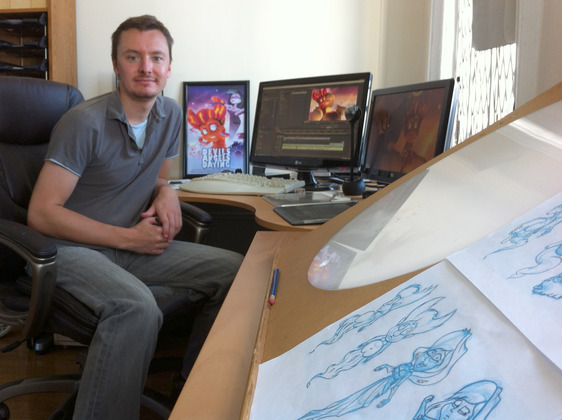